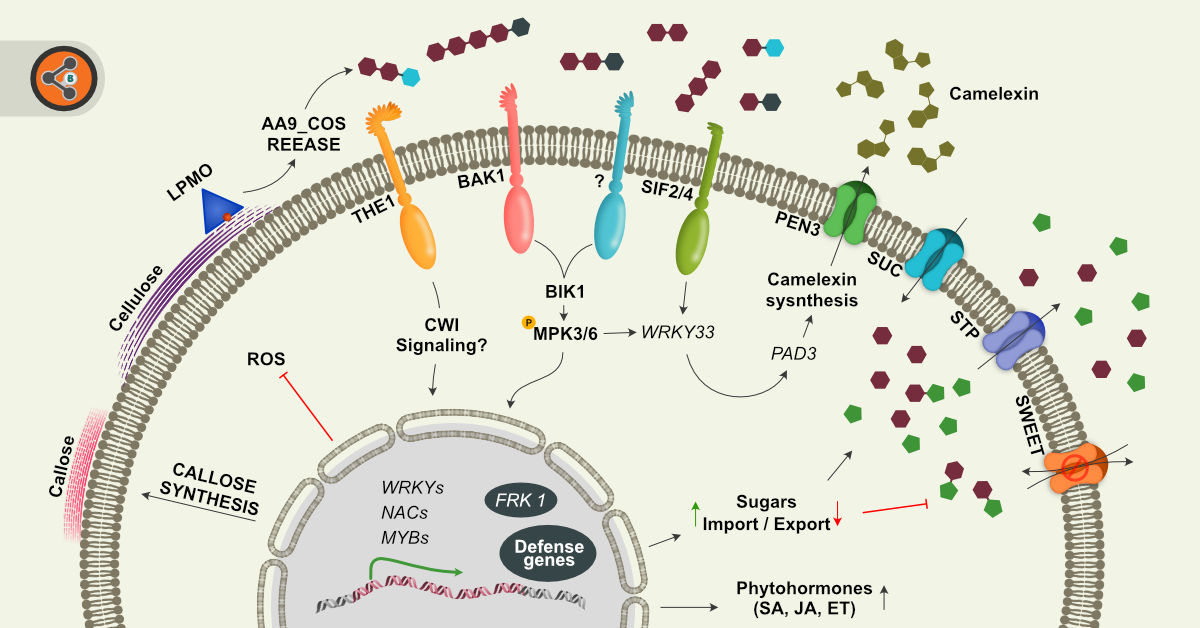 In the battleground between plants and pathogens, the plant cell wall does not represent only a passive physical barrier, but it corresponds also to a reservoir of signaling molecules with key roles in plantenvironment interactions. The plant cell wall is a dynamic structure mostly made up of high molecular weight polysaccharides, i.e., cellulose, hemicellulose, pectin and the heteropolymer lignin. To overcome this barrier, pathogens possess an arsenal of weapons such as cell wall‐degrading enzymes (CWDEs). The discovery of a novel class of CWDEs, named Lytic Polysaccharide Monooxygenase (LPMOs), able to oxidatively cleave cellulose, the main load-bearing component of the cell wall matrix, took by surprise the scientific community working on plant cell walls. In nature, LPMOs are widely conserved in bacterial and fungi kingdoms, especially saprophytic and pathogenic fungi, but their potential involvement in plant pathogenicity has been overlooked so far.

In our study, we demonstrated that LPMO products play a crucial role in plant-pathogen interaction. Firstly, we observed that the necrotrophic fungus Botrytis cinerea deploys several LPMOs during the infection of Arabidopsis plants. Additionally, we demonstrated that plants activate strong defense responses after the perception of LPMO-derived oligosaccharides. Among the most remarkable were the accumulation of phytohormones such as salicylic acid, jasmonic acid, and ethylene, the fortification of the cell wall in terms of callose deposition, a deep transcriptional reprogramming leading to the accumulation of the antimicrobial compound camalexin. Moreover, the detection of pathogens in plants may occur at the cell surface where a myriad of plasma membrane receptors is located. In this work, we identified two malectin-like leucine-rich repeat receptor kinases (LRR-RKs), namely STRESS-INDUCED FACTORS 2 and 4, required to fully signal defense responses. These data allowed us to draw a molecular model summarizing the general defense responses activated by plants following LPMO-derived
oligosaccharides perception, as reported in Figure 1. 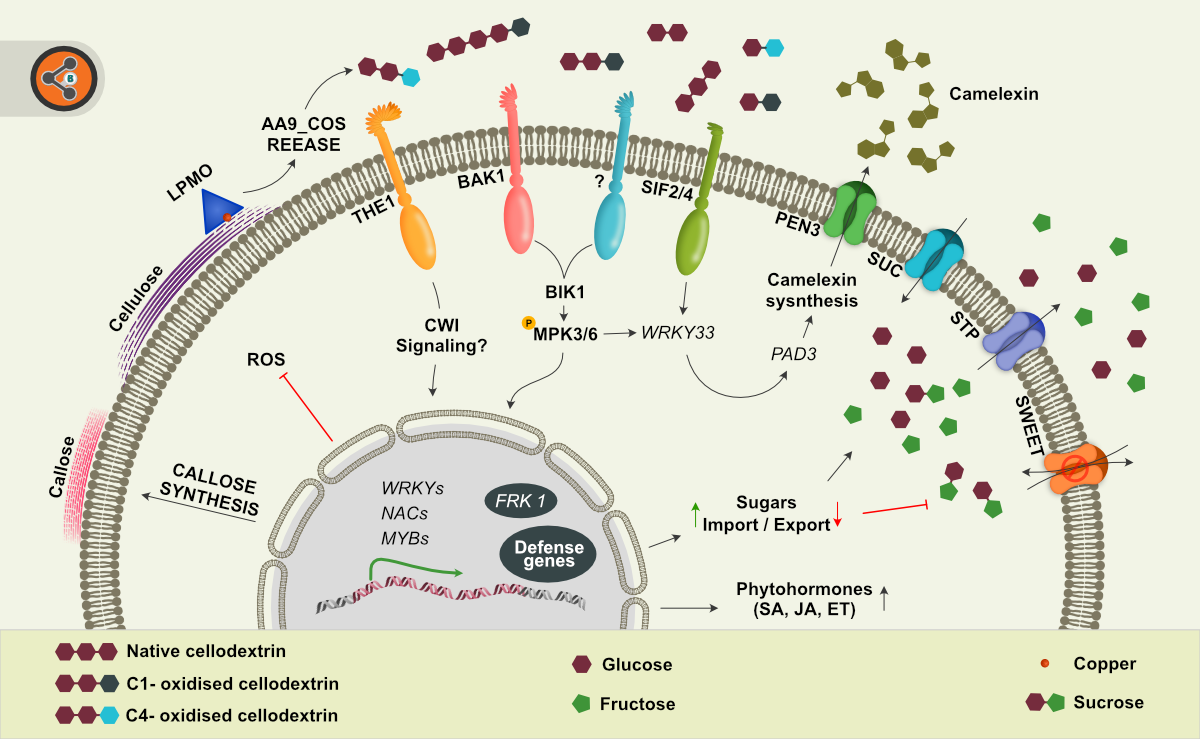 Noteworthy, contrary to canonical CWDEs catalyzing hydrolytic cleavage, LPMOs catalyze an alternative oxidative mechanism. Hence, LPMOs generate a unique mixture of oxidized and native oligosaccharides never observed before. Besides the responses associated with biotic stress, following sensing of LPMOs products, plants triggered molecular responses related to cell wall integrity maintenance, which are generally induced by abiotic stress. This intriguing observation led us to believe that these mixtures of oxidized and native oligosaccharides might represent a focal point in the origin of both biotic and abiotic
stress responses, potentially signaling a potent cascade of events that were historically thought unlinked. 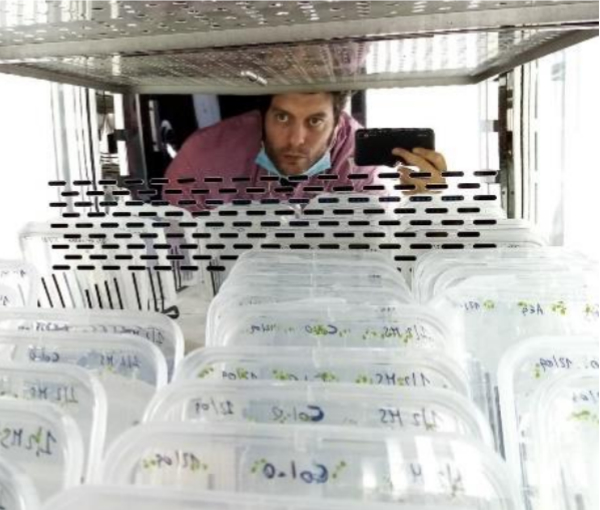