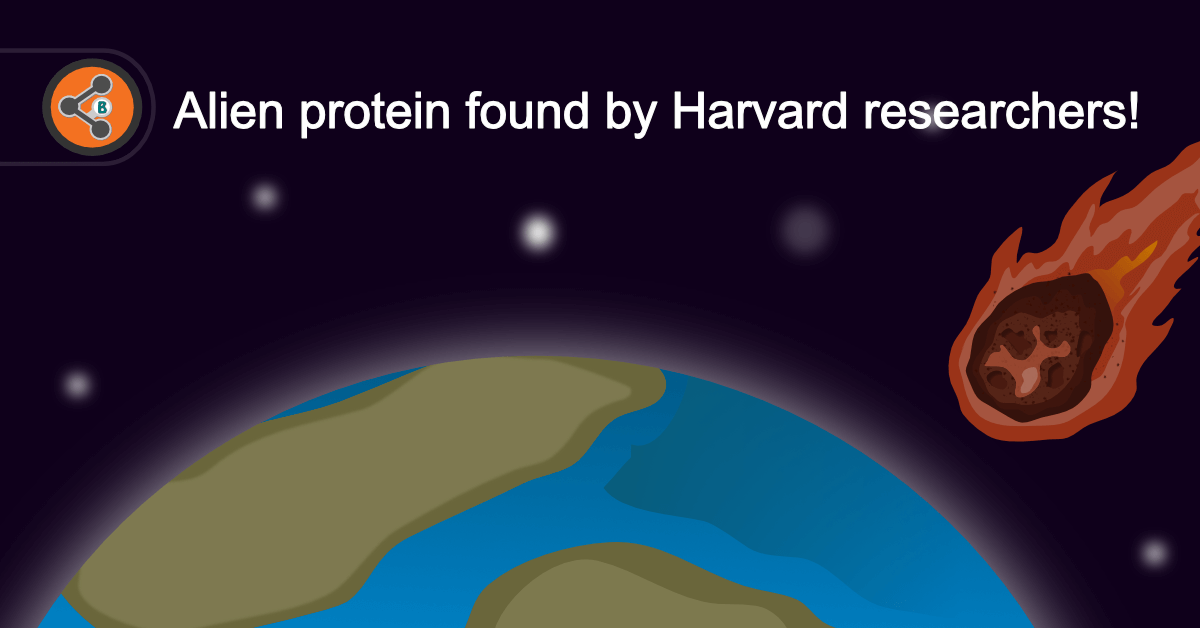 A team of researchers from PLEX Corporation, Bruker Scientific LLC and Department of Molecular and Cellular Biology, Harvard University, USA, led by Dr Julie E. M. McGeoch have found a protein, ‘hemolithin’ in a meteorite Acfer 086. Acfer 086, a CV3 meteorite weighing 173g was found in Algeria in 1990. It is already known that some meteorites contain amino acids. For the first time, this group of scientists is claiming the presence of a protein in the meteorite further paving the way for the thought that does extra-terrestrial life exist?

These scientists retrieved a very tiny piece of meteorite Acfer 086 from the Harvard Mineralogical and Geological Museum and by solvent extraction method prepared samples for mass spectrometry to analyze the contents of this meteorite. The high precision mass spectrometry used by them generated a high signal-to-noise ratio which enabled them to identify the protein hemolithin in the meteorite. As the name suggests, hemolithin consists of iron and lithium along with carbon, hydrogen, nitrogen and oxygen. It has two antiparallel strands, each comprising of 16 residues of glycine and terminating with iron and lithium at both the ends. Strands with 15 or 17 glycine units were also occasionally found by them. Hemolithin has a mass of 2320 Da. 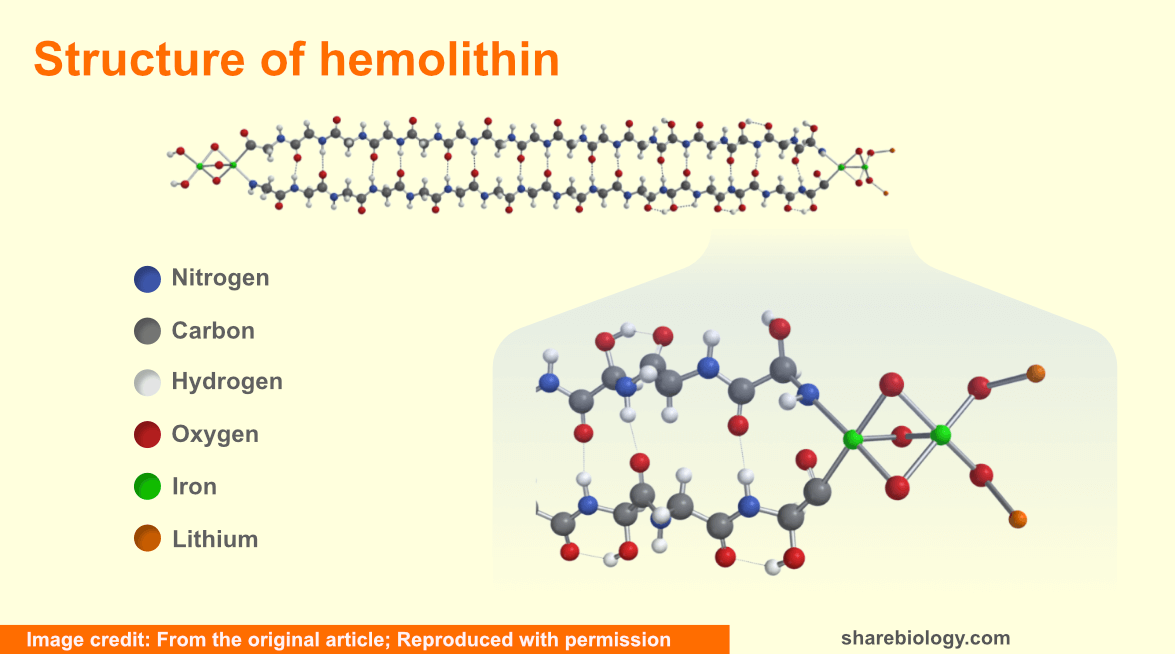 The scientists assert that the very high 2H (D) enhancements which they have observed in this study are similar to those seen in molecular clouds. They also noticed very high enhancements of 15N in the samples, which is consistent with cometary values. This further affirms the extra-terrestrial origin of hemolithin. The authors in the preprint of their research article wrote, ‘the elements H, Li, C, N, O and Fe comprising this molecule were initially the most abundant when the first massive stars released them about 13B years ago’. The formation of the meteorite could be traced back to the time of solar system formation.

Hemolithin has an ’iron-oxygen-iron’ grouping which can absorb photon(s) and split a water molecule into hydrogen and hydroxyl moieties. The geometry of this group is different from the other terrestrially known iron-binding proteins like haemoglobin and hemerythrin.

The authors suggest that the presence of distinctive chain length can confer a functionality pertaining to replication advantage. Does this mean that hemolithin has a capability of self-organization which forms the basis of life? If so, the finding will be ground-breaking in the field of evolution and origin of life. The implication could be evidence supporting the theory of ‘panspermia’, a theory of the origin of life on earth from micro-organisms or chemical precursors of life from outer space. Only time will tell…

What are your thoughts? Let us know in the comments.

Our sincere thanks to Julie E. M. McGeoch for permitting to use the image from the article.