Folic Acid supplementation can reduce the transcription of Sars-Cov2 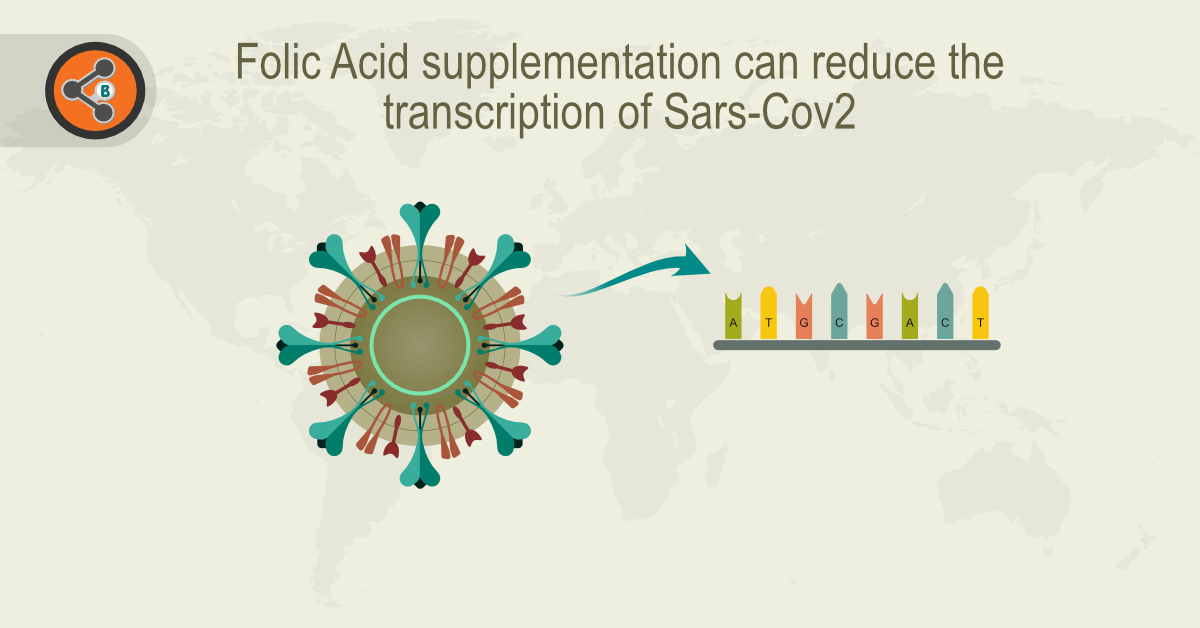 SARS-CoV-2,  a virus from the order Nidovirales (Coronaviridae family) is responsible for the COVID-19 pandemic. With constant efforts being put into scientific research, it has become possible to sequence thousands of viral strains, making the high-throughput bioinformatic data of the SARS-CoV-2 genome, a possibility. In our study, we investigated some of the high-frequency mutations of SARS-CoV-2 and performed systematic analyses of their overlay with CpG islands and inverted repeat (IR) loci. The main outcome of our study is that there is a significant presence of hot-spot mutations within both the IRs and the CpG islands. The above results indicate genomic instability, and this may further drive mutations in the SARS-CoV-2 genome. Interestingly, we found that there is a correlation between folate-related enzyme mutation [methylenetetrahydrofolate reductase (MTHFR)] and the COVID-19 disease progression. MTHFR gene point mutation at position 677 causes thermolability and decreased activity of this enzyme. Compared to the populations of other nations, the point mutation 677 in MTHFR  is common in Italian, Spanish, and Hispanic populations (more than 20 %). Notably, the COVID-19 pandemic mostly affected these same nations and groups (Italy, Spain, and Brazil). It has been revealed that methylation status can be significantly controlled by nutrition and folic acid supplementation. The importance of micronutrients and folate in viral methylation status regulation is known in human papillomavirus (HPV), where folate plays a crucial role in maintaining high methylation status at CpG sites leading to a decreased risk in HPV-associated cervical intraepithelial neoplasia. Moreover, CpG islands in viruses infecting humans are targeted by several proteins that are a part of the anti-viral defense system. For instance, in HIV, an increase in CpG methylation led to a decrease in virulence. In our study, we also observed that CpG islands are strongly enriched upstream of the viral ORFs suggesting their important role in transcription and the viral life-cycle. Based on the observation, we hypothesize that hypermethylation of these loci can control the transcription of viral ORFs, and therefore it may slow down the progression of the disease. Our data led us to hypothesize that the hypermethylation of CpG islands could lead to the reduced transcription of SARS-CoV-2 ORFs and limit disease progression; folate-supplementation could be beneficial and could decrease the risks associated with SARS-CoV-2 infection.